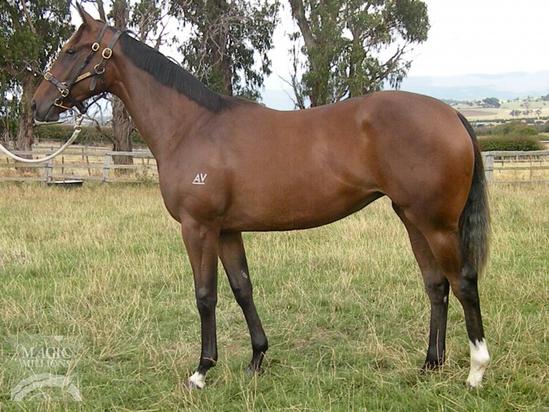 Aprilia was trained by the Bruntons to seven straight wins before being narrowly beaten in a Bow Mistress Stks!

A family well known to us we have since been fortunate enough to race some progeny from the family including "Galibier" described by Scott as being a moral beaten in a TTC Newmarket Hcp and the highly talented "Silandro", both from a half sister to Aprilia in Bianchi.

Aprilia herself from only two to race has thrown 6 time winner Source Code (including multiple city placings in Melb) and Clean Acheeva (arguably unlucky 3rd in last years TTC 1000 guineas and 4th in TRC Strutt Stks) who has since proven herself on the Victorian circuit on the mainland.

Tasbred & Super Vobis nominated this filly has both the pedigree and type to win races.

Contact us now to be a part of #teamgreen