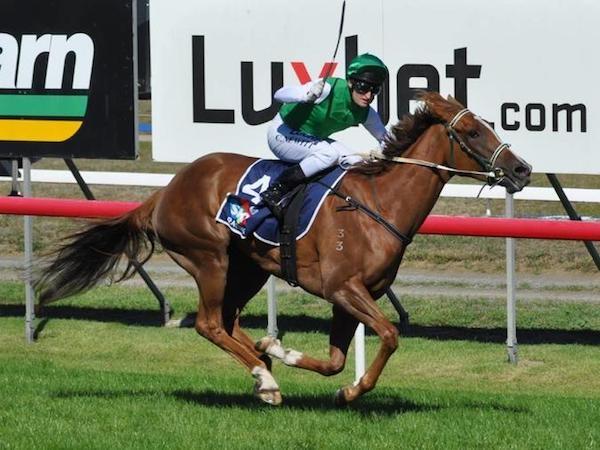 Trainer Scott Brunton had to conduct an unofficial ballot of owners before deciding to start Life On The Wire in the $150,000 Vamos Stakes at Mowbray on Sunday.

Luckily, it produced the right result and Life On The Wire, ridden by Craig Newitt, led all the way to easily beat stablemate Step The Pedal and Gee Gees Top Notch.

Brunton had been uncertain whether to start Life On The Wire after a minor setback 16 days ago that saw her scratched from the Bow Mistress in Hobart.

The four-year-old had filling in a leg.

“I was seriously worried about whether we’d get here today,” Brunton admitted.

“I did a ballot of the owners to get their opinion and the vote to run her won comfortably.

“So we decided to give it a shot.

“It doesn’t surprise me that she’s come out and won – she’s been doing remarkable things throughout her career.

At the 500m, she was towing me out of the saddle - Jockey, Craig Newitt

“We took her to Spreyton for her second start, she finished on the outside fence and still won.

“At her first run in Melbourne this season we struck a 38 degree day – and she still won.

“We keep setting her big tasks and she keeps getting the job done.”

Newitt said that Sunday’s result was never in doubt.

“She was always in control – at the 500m she was towing me out of the saddle,” the jockey said.

“She hit the line full of running. It’s onwards and upwards from here.”

Dean Yendall took Gogo Grace back to last after she was trapped wide and the Adelaide mare never got into the race.

She finished fifth, 3-½ lengths from the winner.