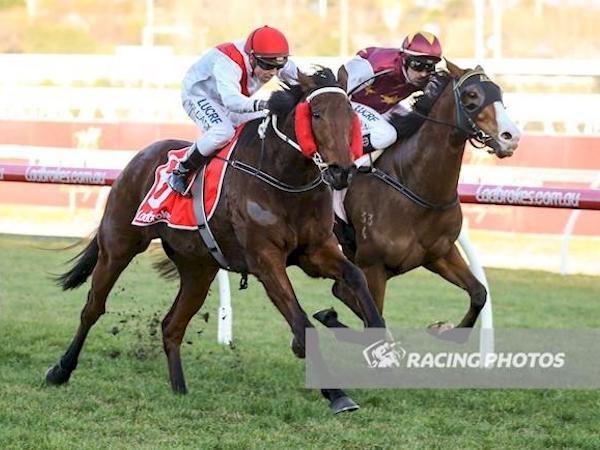 Bred by Tasmanian Mandy Gunn and trained by Scott Brunton, Mandela Effect had been one of the Tasmania's most progressive horses over the past year, winning three times and running four seconds from eight starts before heading to Melbourne.

Local odds assessors gave the three-year-old, which had drawn the outside gate little hope and he started at odds of $21.

Jockey Dean Holland elected to drop him back to the tail of the field and with 600m to travel those odds looked conservative.

However, once Holland asked him to go forward approaching the turn, Mandela Effect showed sharp acceleration to loop the field and despite racing a little greenly in the straight, drew away to win comfortably.
Mandela Effect, which was sold at the 2016 Tasmanian yearling sale for $18,000, is from a winning West Quest half-sister to former smart Tasmanian sprinter Royal Work and is from the family of AJC Sires' Produce Stakes winner Mighty Manitou.