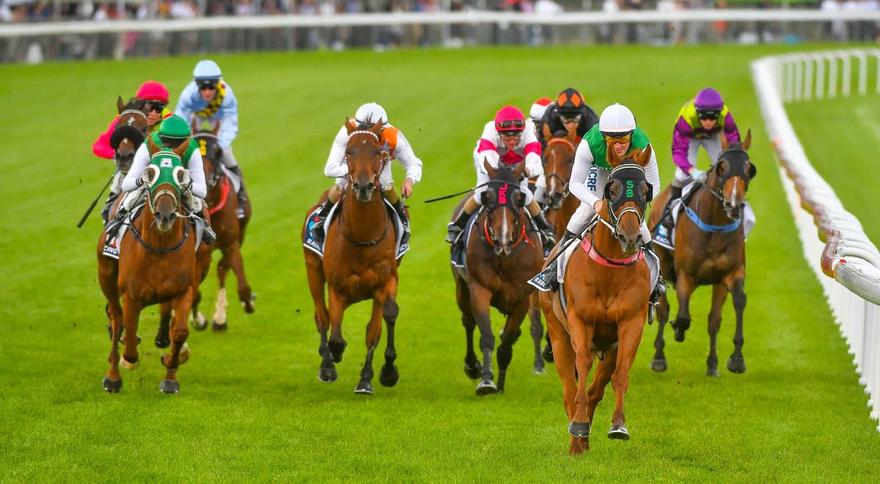 Hellova Street is a good chance to be named Tasmanian racehorse of the year for the second successive season when the 2017-18 awards are announced in Hobart next week.

If he takes the title, he will be only the fourth dual winner since the award was introduced in 1980.

He was also placed in five other stakes races in Victoria and Tasmania including a third to Humidor and Cool Chap in the group 2 Blamey Stakes at Flemington.

His main rival for the title is top sprinter I’m Wesley who won six races for the season including the listed Newmarket Handicap and listed Conquering Stakes where Hellova Street ran second.

Other well-performed horses that could poll votes are Devonport Cup and three-time interstate winner Brilliant Jet, two-time Melbourne winner Life On The Wire and stayer Fastnet Dragon who was placed in the Hobart, Launceston and Mornington Cups.

Mystic Journey is favourite to be named two-year-old of the year after winning the $100,000 Elwick Stakes and two other races.

Tiesto won the state’s other main juvenile race, the $150,000 Gold Sovereign, and was placed at four of his other five starts.

The three-year-old category is considered the most open, with Mandela Effect, Derasa, Mister Songman, Banca Bet, Double You Tee, Overplay, Pateena Arena and Gee Gee Lanett among the nominations.

The winners will be announced at the awards dinner on Friday week.