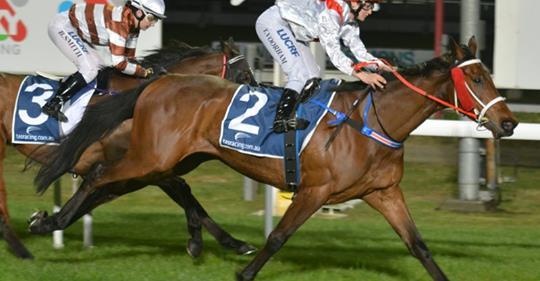 Forced to carry a steadying 60 kilograms that included a 2kg claim for apprentice Teagan Voorham, Mandela Effect was allowed to settle at the rear of the field while Apriano set a solid tempo with Box of Frogs (62.5kg) content to trail the leader.

Apriano’s rider, apprentice Breanna Smith, went for home at the top of the straight to try and pinch a winning break but when Mandela Effect slipped into third gear the gelded son of Turffontein overhauled the leader and went on to score convincingly.

“To carry that weight (62kg) first-up from a spell over 1200m is quite an effort and in the end, he’s done it comfortably.

“We’ve got a plan for him this preparation and that is to head to an open handicap over 1400m here in Tassie and then slip over to Melbourne for a race at Flemington on Oaks Day over either 1600m or 1800m.”

Mandela Effect made quite an impact at his only other Melbourne performance scoring an easy win coming from last on the home turn at Caulfield in July (1400m).

The gelding was a unanimous choice for Tasmanian three-year-old of the year and if Brunton is right he could secure the top award (horse-of-the-year) this season.