The Inevitable bolts in 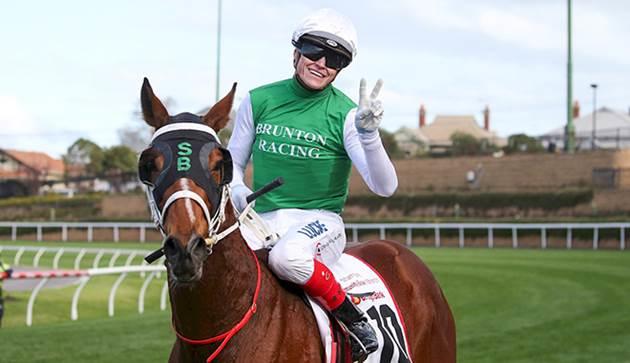 Mystic Journey is clearly the queen of Tasmanian racing and the pintsized The Inevitable is the undisputed king after effortlessly posting his seventh win from his ninth start in Saturday's Listed Strathmore Community Bendigo Bank Stakes at The Valley.

Despite some pre-race nerves from trainer Scott Brunton, who feared the tiny galloper was not feeling at his best, The Inevitable gave nothing else a chance as he took his third Stakes race by a widening four lengths.

"I've been driving my missus mad all day," Brunton said after the race.

"I didn't think he was right. I thought he was a little bit off.He'd tucked up a bit from the trip and his coat was standing on end a little bit, which are a couple of things I go against, but he proved me wrong.

Starting the $2.90 race favourite, The Inevitable ran clear of his rivals to win by four lengths from Deprive ($4,40), with half a length to Spirit Of Valor ($21) in third place.

Jockey Craig Williams said the horse didn't begin well but took the opportunity to improve into the race and surprise his rider with his performance to blitz his rivals.

"He was very dominant," Wiliams said. "He's only a small horse but he's a little pocket rocket."

Brunton said his pre-race scare with The Inevitable had him concerned about whether the horse can handle repeated boat trips between Tasmania and Victoria.

"We don't know what to do," he admitted. "We were thinking about the (Sir) Rupert Clarke (Stakes), but like I said, this really tucked him up this trip and I think we should be conservative about it," he said.

When pushed, however, Brunton said connections were also eyeing off the new race on the calendar - the $7.5 million Golden Eagle over 1400m in Sydney on Victoria Derby Day.